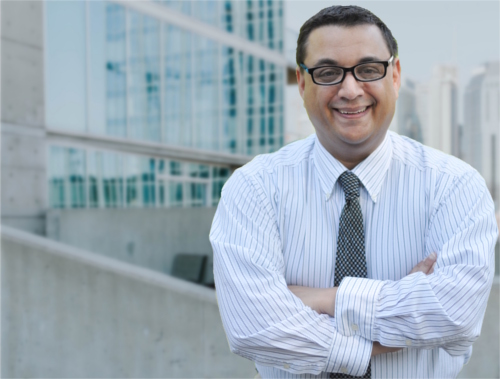 Steve earned his Masters of Business Administration degree from DePaul University, but he found his passion when he took his first class at the Second City Training Center in 2002. Since then he’s been through many of Chicago’s best Improv programs including ComedySportz, Laugh Out Loud Theater, and New Choice Improv. Steve has performed everything from bar-prov to headlining on the main stage and he’s run the gambit behind the scenes as well doing things like sketch writing, directing, coaching, and stage managing.

Steve immediately fell in love with improv and the more experience he had, the more he realized how transferrable his improv skills were to his corporate jobs in marketing and strategy.

Steve has trained thousands of people in leadership skills in his role as a coordinator for Pathways to Successful living since 1999. He worked with multiple teams, teaching them how to communicate more effectively, build more closely knit teams, set SMART goals, work through challenging situations, and general leadership qualities.

Steve is passionate about teaching others to have fun and create the lives they most want to lead. In his spare time, he is a board game designer. One of his favorite quotes from that hobby also transfers to improv, “The goal of the game is to win, but it’s the goal that’s important, not the winning.” – Reiner Knizia, board game designer.